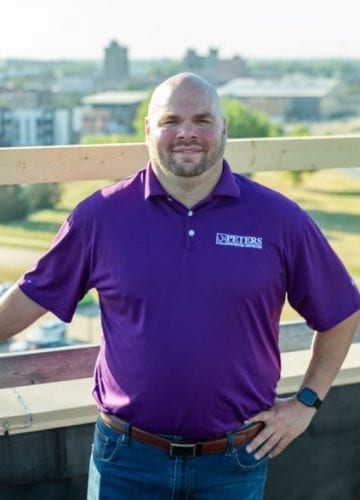 Nate graduated from Kirkwood in 2004 with an Associate of Applied Science in Construction Management. He then went to Wartburg and graduated in 2007 with a Bachelor of Arts in Business Administration with an emphasis on Management and a minor in accounting. He was also part of the MBEye on the Future class of 2012. He started working at Peters the summers in 1998 and full-time in 2006. Nate was named the Controller in 2008, and Vice President and Treasurer in 2015.