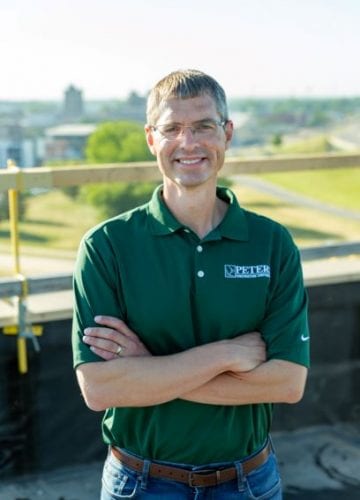 Brad Best graduated from the University of Northern Iowa in 2001 with his Bachelor of Science in Construction Management. He started working for Peters Construction in the field in 2000 and took on the role as President in 2015. Brad is involved in many organizations in the Cedar Valley such as the Cedar Valley Community Leadership Program, Cedar Valley United Way, Cedar Valley 20 under 40 and Sartori Memorial Hospital Foundation Board. He is also on the board for Master Builders of Iowa and completed his ‘MBEYE on the Future’ training in 2008. Some of his most recent projects as Project Manager have been the Major expansions at Martin Brothers Distributing Co. in Cedar Falls and the new Single Speed Brewery location in the renovated Wonder Bread Building downtown Waterloo.