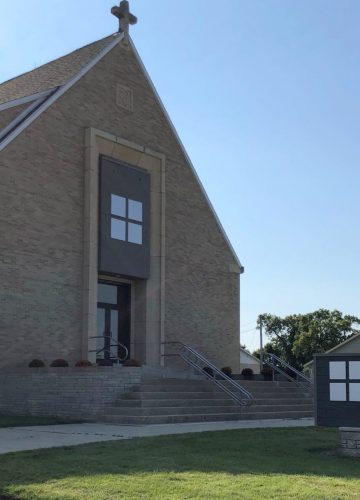 Prairie Lakes Church in New Hampton converted an 80 year-old Catholic Church into an updated worship space for their congregation. The space had been used most recently as a distribution center and office area for a local business back before it was purchased and returned to its original purpose. The renovation totaled approximately 12,000 square feet. On the main floor, the balcony was removed to create a larger lobby area and to widen the entry stairway. Within the lobby, a café area was added as well as new restrooms.  The worship center can now seat approximately 180 people and includes a new stage and sound booth.  In the basement, the moveable partitions were replaced with permanent walls creating over 5,000 sq feet of rooms to be used for children’s ministry on the weekend as well as youth and adult ministry during the week.  Bathrooms were added and the existing bathrooms were also updated. While the exterior still looks similar to the original design, new signage was added as well as upgrades to drainage and parking. 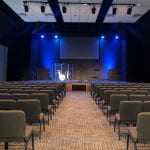 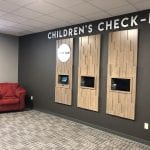 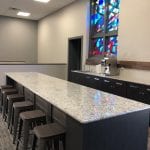 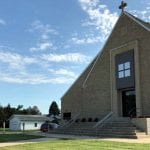